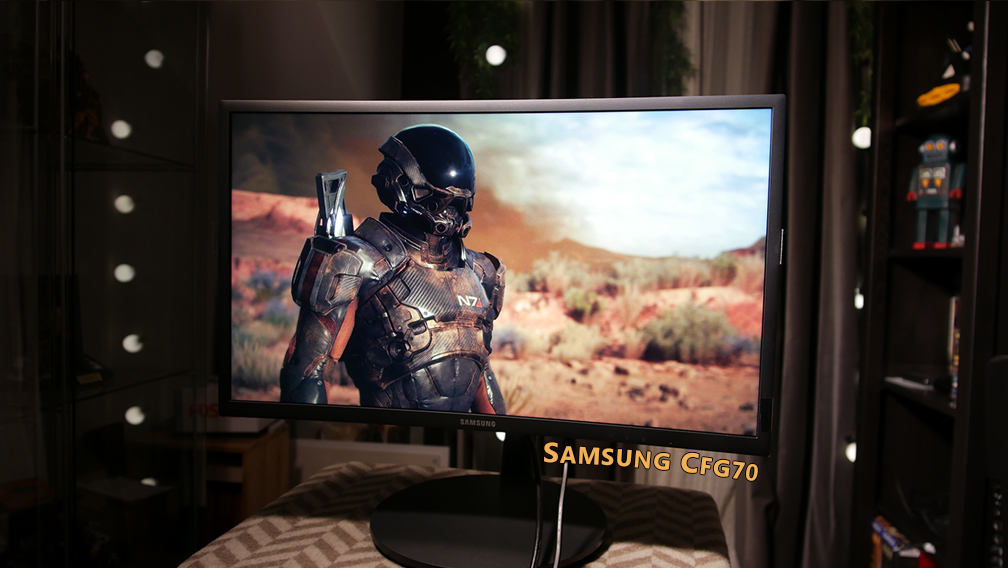 NOTE (This was a long article in German before releasing this page in English):
1. Since the article was very long, I cut it and just put all Photos in different slideshows under each topic.
2. Measurements are in German. However, the headings of the columns should be easy to assign.

1. Some units of this monitor have flickering issues (reported from other users, at the time where I've reviewed the Samsung CFG70 I don't have had an AMD graphics card to test Freesync)
2. Mentioned in the German review: Text Inversion Issues (as same as on the Samsung CHG70) which causes some text sharpness

The Samsung CFG70, the first test on LimsCave.com. Its Samsung newest curved gaming monitor in 23.5" Inch (also available in 27" Inch), with a 6-Bit + FRC panel, and a contrast ratio of 3000:1. The Samsung CFG's special features are the Quantum Dot technology, with which, colors become a huge boost in color intensity. This means that the Samsung CFG70 has a color space of 125% factory calibrated. The CFG70 is equipped with AMD's Freesync technology, which ensures that tearing and stutters are eliminated. You should keep in mind that the monitor "only" supports a Freesync range of 70-144 Hz. Moreover, the Samsung has a FULL HD (1920 x 1080) resolution with 144 Hz and an MPRT (Motion Picture Response Time) of 1 Ms. On top the Samsung CFG70 also has a strobing (equal to ULMB) feature.

Sounds like a perfect monitor? In theory, yes. The Samsung, unfortunately, has some bigger issues, with which the most of the people probably can't deal with. Purple artifacts can destroy this monitor completely, while in my experience these artifacts can vary within each individual unit. My first CFG70 (manufactured September 2016) had only a tiny bit of purple artifacts so that I don't mention them in my first review. My second unit (manufactured in October 2016) was the 27" Inch version and here purple artifacts went into orange artifacts. These orange artifacts were much better and much less visible but still present. My third model (manufactured November 2016) had pretty crazy obvious purple artifacts, and now I understand why the CFG70 has so many bad ratings. In Germany, Samsung wrote me an email where they told me that they offer a firmware upgrade within their customer support. For a "fix" you have to send the monitor to a Samsung partner.

You may ask if Samsung has fixed this issue within their new model Samsung CFG73 with a new food stand design? Well, I cannot tell for now, at least not for 100%, but first reporting from different users says that the CFG73 also have purple artifact issues.

IMPORTANT(!) Updates and new information about the Asus PG278QR can be found at the bottom of the article or in the table of contents (if available). A forum thread on this monitor does not exist(!)

Alternative 144 Full HD (1920x1080) VA monitors to the Samsung CFG70:
(All other alternatives are listed in the Gaming-Monitor-List. Future releases can be found here)

Brightening "strip" on the right

Like mentioned, on my 27" Inch unit purple artifacts were "gone". Instead there were orange artifacts. In my experience purple artifacts vary in each individual unit. So its a "lottery" unfortunately. you may ask Samsung in your country if they offer a fix for your monitor.

The 27" inch model had the same problem which I've had on my 24" Inch model. But now on both sides.

Also, a problem is, that my 27" Inch unit has huge banding issues (not color banding). The illumination on my unit was pretty bad and disturbed especially while watching movies. 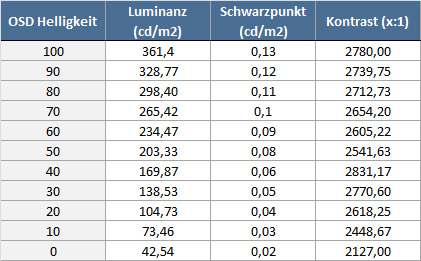 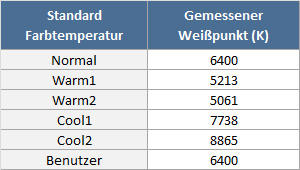 Optimal settings (on my unit)

Optimale Settings for Backlight Strobing (on my unit):

- Backlight Strobing (Note that you cannot change brightness while this feature is activated so you have to live with around 220 cd/m2)
- Quantum Dot panel with a color space of 125% sRGB for very intense colors, especially reds
- Very good illumination (No clouding and Backlight Bleed)
UPDATE: My first unit was perfect, while my second unit had huge banding issues, my third unit was good
- VA with a good response time
- Very good black level
- 144 Hz
- Good stable Contrast
- 3 own profiles with 3 macro buttons
- Factory calibrated
- Good viewing angles at brighter image content

- Curved with a radius of 1800R (consider, curve is not that much noticeable and makes the illumination and black uniformity worse in general)
- Semi-matte panel coating (I like it)
- No build in speakers
- Full HD Resolution
- Arena Lighting

- Reported Freesync issues from a lot of users (flickering issues) When I had the CFG70 I don't have had an AMD graphics card
- Brightening strip on the right
UPDATE: My 27" inch model had this issues on the left + right, my third model again only on the right
- VA Glow (Viewing angles in dark image content)
- Foot Stand takes a LOT of space
- No USB hub
- Purple artifact issues
- Text Inversion (Text sharpness issue) 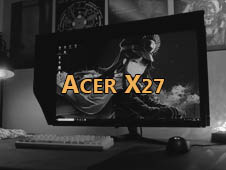 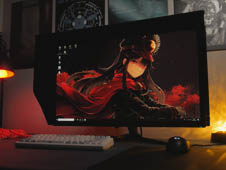 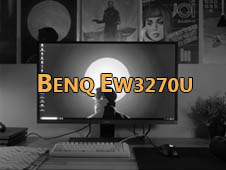 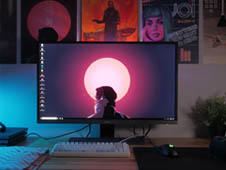 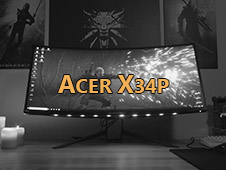 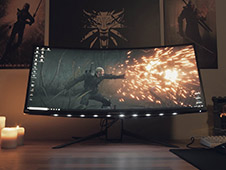 Acer Predator X34P
Wednesday, 28 Mar 2018 - 12:00 pm
The Acer X34P is a GREAT ultrawide gaming monitor with a very aggressive gaming design. Learn all Pros & Cons and the comparison to the Alienware AW3418DW here. 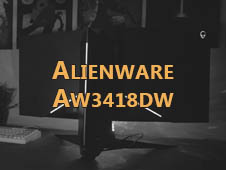 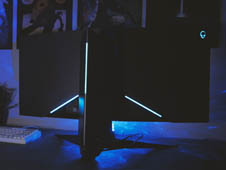 Thanks for the Info, forget to measue on contrast 100 ~~ But you have to consider that your gradients will suffer above contrast 75

2    Vikram    May 7, 2018 10:23 am
Thanks for your reviews, Lim. I was wondering if you could test whether the C27FG70 is flicker-free. I am very sensitive to PWM, and the C24FG70 has already been tested to be flicker free by pcmonitors.info. However, I don't know if the same is true of the 27 inch model. Knowing if it is flicker free would really help finalize my buying decision.

The CFG series is flicker free as long as you do not use backlight strobing of course. I am to 99% sure that the 27 Inch version also is flicker free